In the booths of the market fairs at Paris and its suburbs (for example, at the “Gingerbread” Fair, at the Fete of St. Cloud, etc.), and in the tricks of jugglers, etc., who operate in the street, cafe concerts, or circuses, we find phenomena that have a true scientific interest, ingenious applications of different sciences, or simply tricks that puzzle the spectator. Since, in general, people like to know the secret of what has surprised them, it may not prove uninteresting to devote a few articles to what may be called “side-show science.” We will first speak of the process employed to produce the “three-headed woman.”

The exterior of the little booth in which this phenomenon is exhibited is covered by a large painted canvas representing a three-headed woman in evening costume in a richly decorated drawing-room along with a few persons. For better convincing the curious a photograph taken from nature exhibits the phenomenal woman as she appears in the show; and every now and then the showman stops his drum to cry, “She is living, ladies and gentlemen, she is living!” If we allow ourselves to be persuaded to enter the booth we shall find ourselves separated from the stage by a balustrade—a sort of screen, behind which is the curtain. In a few moments the latter separates and there is distinctly seen a woman’s body, the lower part of which is hidden by a basket of flowers. This body has three heads; one in the middle and two others grafted at the base of the neck of the first. These three heads move their eyes, answer together a few questions put by the showman, stick out their tongues, sing a few snatches of a popular song, and finally salute the audience, when the curtain closes and the show is over.

On almost every occasion some ingenious person is heard to express pity for this unfortunate person, who has no legs and three heads. This is the best praise that could be bestowed on the trick—for naturally it is only a trick. Moreover the showman is ready, for money, to explain how it is done. If we allow ourselves to be tempted, and enter the side-scene, we perceive on the little stage where the phenomenal woman just appeared nothing but a large plate of glass, slightly inclined toward the audience, and its edges hidden by drapery. Behind the mirror there is a recess whose sides are covered with a dead-black fabric. In front of the mirror, on the stage, sits the basket of flowers from which issued the woman’s body. Then on an inclined board a little above the ground lie three young girls. One of these, the middle one, is clothed in a brilliant costume of silk of a light color, and it is she who, in the exhibition, makes the trunk, arms, and the middle head. Her legs are covered over with a black fabric, and she is supported by a cushion so as to permit the two other girls to place their necks closely against hers. The bodies of these two girls at the sides are completely covered with a fabric of a dead-black color. In front of these three young women are placed a dozen strong kerosene lamps provided with reflectors.

The heads, hair, and arms of the “body” are covered with powder, so as to present completely white surfaces. Such is the secret as revealed from the side-scene, and it will now be understood how the phenomenon is produced. All the white or light-colored surfaces being strongly lighted by the lamps that reflect the light, their image is sent by the glass toward the spectators, who perceive then the body of the female, her two arms, and her three heads. All the portions covered with black are, on the contrary, absolutely invisible in the glass, and the spectators cannot see that they exist. The phenomenon is, on the whole, a curious application of the effects of reflection which were in fashion some twenty years ago under the name of “living ghosts,” and by means of which it was possible in theaters to cause the apparition, alongside of living persons, either of undecided forms or of bodies not resting on the ground.

The “Gingerbread” Fair this year showed a two-headed woman produced by a slightly different process, the body and head of the woman being seen directly, and the second head alone being seen by reflection from a glass. This phenomenon may be varied to infinity, so to speak. To cite only a few examples, there may be produced by the same process a decapitated person who talks; a decapitated person who holds his head in his hand, and a Judith and Holofernes, the head of the latter being held by the hair by the former. 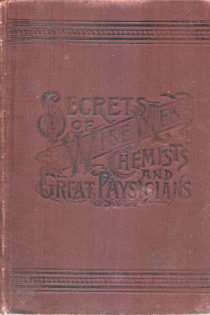 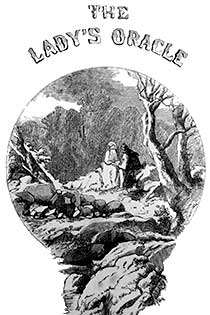 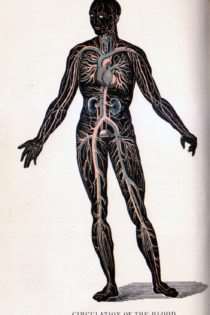 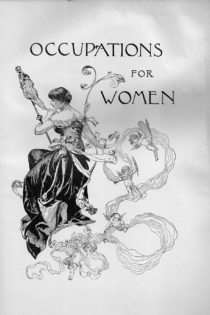 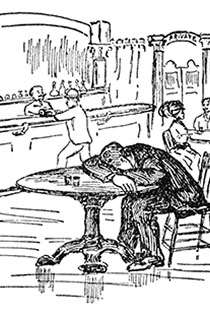