How to Beautify the Hair

THE CARE OF THE HAIR

Close night-caps are unhealthy, and smoking-caps and coverings for the head within doors are alike detrimental to the free growth of the hair, weakening it, and causing it to fall out.

1. The Color of the Hair.—The color of the hair corresponds with that of the skin—being dark or black, with a dark complexion, and red or yellow with a fair skin. When a white skin is seen in conjunction with black hair, as among the women of Syria and Barbary, the apparent exception arises from protection from the sun’s rays, and opposite colors are often found among people of one prevailing feature. Thus red-haired Jews are not uncommon, though the nation in general have dark complexion and hair.

2. The Imperishable Nature of Hair.—The imperishable nature of hair arises from the combination of salt and metals in its composition. In old tombs and on mummies it has been found in a perfect state, after a lapse of over two thousand years. There are many curious accounts proving the indestructibility of the human hair.

3. Tubular.—In the human family the hairs are tubular, the tubes being intersected by partitions, resembling in some degree the cellular tissue of plants. Their hollowness prevents incumbrance from weight, while their power of resistance is increased by having their traverse sections rounded in form.

4. Cautions.—It is ascertained that a full head of hair, beard and whiskers, are a prevention against colds and consumptions. Occasionally, however, it is found necessary to remove the hair from the head, in cases of fever or disease, to stay the inflammatory symptoms, and to relieve the brain. The head should invariably be kept cool. Close night-caps are unhealthy, and smoking-caps and coverings for the head within doors are alike detrimental to the free growth of the hair, weakening it, and causing it to fall out.

Keep the head clean, the pores of the skin open, and the whole circulatory system in a healthy condition, and you will have no need of bear’s grease.

HOW TO BEAUTIFY AND PRESERVE THE HAIR.

1. To Beautify the Hair.—Keep the head clean, the pores of the skin open, and the whole circulatory system in a healthy condition, and you will have no need of bear’s grease (alias hog’s lard). Where there is a tendency in the hair to fall off on account of the weakness or sluggishness of the circulation, or an unhealthy state of the skin, cold water and friction with a tolerably stiff brush are probably the best remedial agents.

2. Barber’s Shampoos.—Are very beneficial if properly prepared. They should not be made too strong. Avoid strong shampoos of any kind. Great caution should be exercised in this matter.

3. Care of the Hair.—To keep the hair healthy, keep the head clean. Brush the scalp well with a stiff brush, while dry. Then wash with castile soap, and rub into the roots, bay rum, brandy or camphor water. This done twice a month will prove beneficial. Brush the scalp thoroughly twice a week. Dampen the hair with soft water at the toilet, and do not use oil.

4. Hair Wash.—Take one ounce of borax, half an ounce of camphor powder—these ingredients fine—and dissolve them in one quart of boiling water. When cool, the solution will be ready for use. Dampen the hair frequently. This wash is said not only to cleanse and beautify, but to strengthen the hair, preserve the color and prevent baldness.

Another Excellent Wash.—The best wash we know for cleansing and softening the hair is an egg beaten up and rubbed well into the hair, and afterwards washed out with several washes of warm water.

5. The Only Sensible and Safe Hair Oil.—The following is considered a most valuable preparation: Take of extract of yellow Peruvian bark, fifteen grains; extract of rhatany root, eight grains; extract of burdoch root and oil of nutmegs (fixed), of each two drachms; camphor (dissolve with spirits of wine), fifteen grains; beef marrow, two ounces; best olive oil, one ounce; citron juice, half a drachm; aromatic essential oil, as much as sufficient to render it fragrant; mix and make into an ointment. Two drachms of bergamot, and a few drops of attar of roses would suffice.

6. Hair Wash.—A good hair wash is soap and water, and the oftener it is applied the freer the surface of the head will be from scurf. The hair-brush should also be kept in requisition morning and evening.

7. To Remove Superfluous Hair.—With those who dislike the use of arsenic, the following is used for removing superfluous hair from the skin: Lime, one ounce; carbonate of potash, two ounces; charcoal powder, one drachm. For use, make it into a paste with a little warm water, and apply it to the part, previously shaved close. As soon as it has become thoroughly dry, it may be washed off with a little warm water.

8. Coloring for Eyelashes and Eyebrows.—In eyelashes the chief element of beauty consists in their being long and glossy; the eyebrows should be finely arched and clearly divided from each other. The most innocent darkener of the brow is the expressed juice of the elderberry, or a burnt clove.

9. Crimping Hair.—To make the hair stay in crimps, take five cents worth of gum arabic and add to it just enough boiling water to dissolve it. When dissolved, add enough alcohol to make it rather thin. Let this stand all night and then bottle it to prevent the alcohol from evaporating. This put on the hair at night, after it is done up in papers or pins, will make it stay in crimp the hottest day, and is perfectly harmless.

10. To Curl the Hair.—There is no preparation that will make naturally straight hair assume a permanent curl. The following will keep the hair in curl for a short time: Take borax, two ounces; gum arabic, one drachm; and hot water, not boiling, one quart; stir, and, as soon as the ingredients are dissolved, add three tablespoonfuls of strong spirits of camphor. On retiring to rest, wet the hair with the above liquid, and roll in twists of paper as usual. Do not disturb the hair until morning, when untwist and form into ringlets.

11. For Falling or Loosening of the Hair.—Take:

The numerous “hair color restorers” which are advertised … are nearly always dependent for their power on the presence of lead. This mineral … will lead to the most disastrous maladies—lead-palsy, lead colic, and other symptoms of poisoning..

12. To Darken the Hair without Bad Effects.—Take:

13. Gray Hair.—There are no known means by which the hair can be prevented from turning gray, and none which can restore it to its original hue, except through the process of dyeing. The numerous “hair color restorers” which are advertised are chemical preparations which act in the manner of a dye or as a paint, and are nearly always dependent for their power on the presence of lead. This mineral, applied to the skin, for a long time, will lead to the most disastrous maladies—lead-palsy, lead colic, and other symptoms of poisoning. It should, therefore, never be used for this purpose. 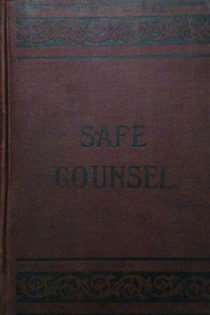 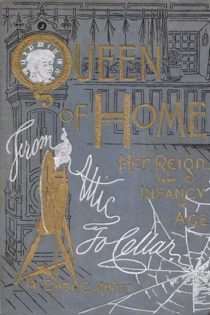 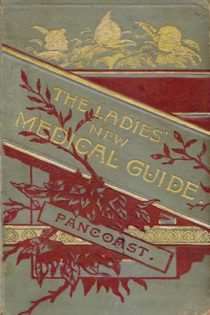 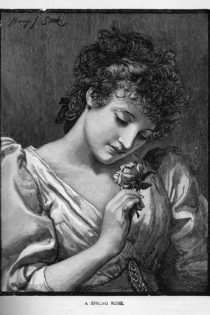 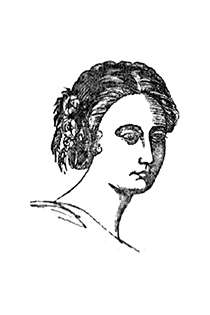 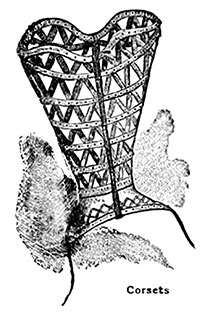 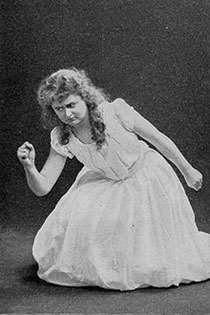